Deprecated: Methods with the same name as their class will not be constructors in a future version of PHP; MESA_Widget_Dribbble has a deprecated constructor in /home/villapetjt/www/wp-content/themes/bentuestu/framework/widgets/dribbble-widget.php on line 3
 Carnival – Villa Petrus

Carnival in Trinidad & Tobago is an annual event, which occurs on the Mo

Tobago has Carnival festivities of its own which takes place is Scarborough. It is much smaller and a more community-based affair than the main event in the Port-of-Spain.

This tradition has been held through the years since the 18th century with the slaves in the sugar cane plantations, and the festival is an important emblem of  pride for their national heritage. 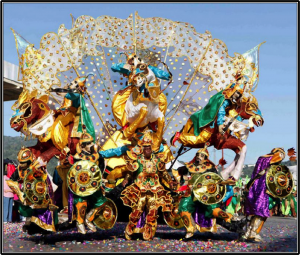